This week's topic was favorite science fiction and fantasy in other media!

I love sci-fi and fantasy, as anyone who's even glanced at this website can guess, so it was really hard for me to narrow this down to just five! Check the end of the list for my honorable mentions.

Also, yes, I know this is a day late. Better late than never? 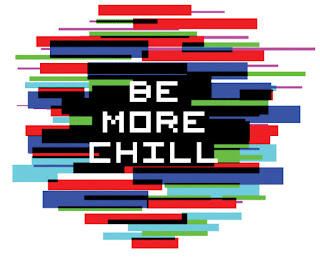 Yes, this was a book first, but I've never actually read it, and I'm told that the musical is extremely different, so fuck it, I'm counting it. The show follows Jeremy Heere, a high school outcast who obtains a SQUIP (Super Quantum Unit Intel Processor), a tiny computer that implants itself into his brain and teaches him how to be cool. However, things go awry when it becomes clear that the SQUIP has a mind and agenda of its own.

This is a weird, weird show, but it has some amazing musical, lovable characters, and some truly hilarious lines. If you're into theater at all, you probably already know about it, but if you don't, I urge you to check it out. 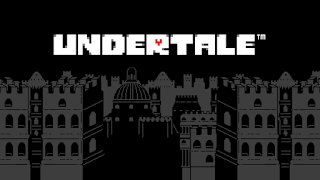 This game is set in a world where two races once ruled the earth together: humans and monsters. One day, war broke out, and the humans were victorious, sealing the monsters underground with a spell. Many, many years later, a human child falls into the underground where the monsters are being kept, and must find their way back home. Where the story goes from there is entirely up to you -- if you've somehow dodged all spoilers about Undertale, I urge you to go in blind. Your choices affect the story greatly, and it's incredible to see where you end up.

I love Undertale, both for its plot, but also for its unique and complex characters, and the genuinely interesting questions and characters grapple with. The music is also amazing, and some of the content the fandom has produced is incredible.

(And if you're one of those annoying people who makes fun of people for liking this game because it's "cringy" or whatever -- piss off and let me enjoy my game in peace.) 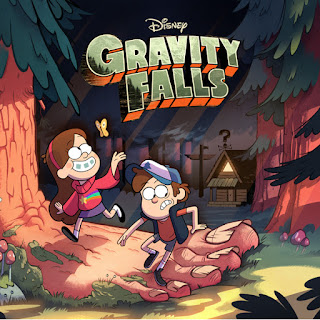 Dipper and Mabel Pines have been shipped off to Gravity Falls, Oregon to spend the summer with their con artist great-uncle Stan, who runs a tourist trap full of fake monsters and magical artifacts. But when Dipper finds a mysterious journal in the woods, he finds that Gravity Falls is bursting with real monsters and magic, and he begins on a quest to discover all the secrets the town holds, with Mabel in tow.

Complete at two seasons and forty episodes, this is an amazing show that's perfect for bingewatching. There are no bad episodes; it's all great. And don't be put off because it's a kids' show -- it doesn't talk down to its audience, and has some darker moments that make you wonder if it wasn't written with the adults in mind. 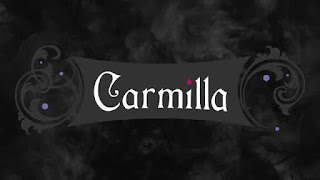 Laura Hollis is excited to be out in the world for the first time, moving away from home to attend Silas University. But there are some weird goings-on at Silas. An alchemy club, the occasional zombie uprising... and Laura's hot, obnoxious roommate, Carmilla Karnstein. (Did we mention Carmilla is a 300 year old vampire who may or may not be part of a cult?)

Yes, it's a modern adaptation of the classic vampire novella... WITH LESBIANS! (Actual lesbians instead of subtext!) What more could you want?

Seriously, if you're a WLW in 2018 and you haven't seen this show yet... what are you even doing? 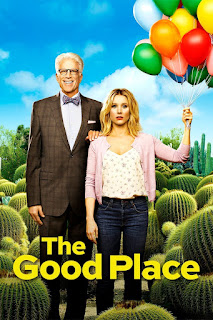 This quirky, charming comedy about the afterlife has quickly become my favorite show. Eleanor Shellstrop dies, and wakes up in The Good Place, a perfect utopia where she can have a soulmate, endless alcohol with no hangovers, perfect weather every single day, a party every night, and all the frozen yogurt she can eat. The problem? Eleanor actually wasn't a very nice person when she was alive -- the afterlife's system somehow glitched, sending her to The Good Place by mistake. Desperate to not be sent to The Bad Place, Eleanor enlists the help of Chidi, her so-called soulmate who was a moral philosophy professor when he was alive, asking him to teach her how to be a good person before she gets found out.

This show has its third season coming out this fall, and honestly, I can't wait. From the first episode, I was totally hooked, and I managed to get my mother addicted, too. Not only is the show hilarious, it creates an extremely interesting version of the afterlife, demons, and angels. It's on Netflix and Hulu, so seriously -- check it out. You won't regret it.

Thank you so much for reading this countdown. If you liked it and would like to support my work, click on either of the buttons below to donate -- Buy Me a Coffee is a small, one-time donation, but becoming a Patron has several benefits and rewards. Either way, it's a huge help to me. A special thanks to those of you that choose to contribute! Even if you can't donate, you can feel free to follow me on social media; the links are in the top-right corner.

Become a Patron!
Posted by Susan Mesler-Evans at 4:37 PM