SnarkNotes: The Faceless Ones by Derek Landy

Today's SnarkNotes topic is... The Faceless Ones by Derek Landy! 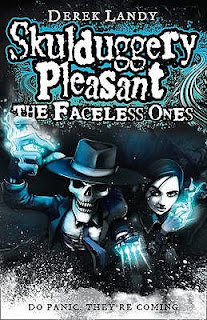 WARNING: While this review is spoiler-free, it WILL contain spoilers for the first two books in the series. Proceed with caution.

If you've read The Faceless Ones, I'd love to hear your thoughts in the comments below!

Become a Patron!
Posted by Susan Mesler-Evans at 12:54 PM