This week's topic was problematic faves.

Characters you don't want to love, but you can't help liking.

You all probably know by now that I am a huge sucker for characters that are likable, but awful, awful people. Honestly, the hardest part of this list was narrowing it down to just five, so I have some honorable mentions down at the bottom. 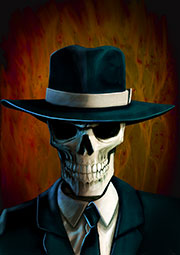 He's rude, he's sarcastic, he's a walking skeleton. Skul isn't a bad person, per se, and he's usually trying to do the right thing, but he does a lot of questionable shit, and you sometimes wonder if his (metaphorical) heart is really in it. Despite his many, many flaws, Skulduggery is a really likable hero, and a great foil to the series' other protagonist, Valkyrie.

As I mentioned in my review for this book, Ignifex is one of those YA boyfriends where, if I had to meet him in real life, I'd punch him in the face. And probably pepper spray him for good measure. But Cruel Beauty is pure, indulgent, escapist fantasy, and in that context, I can't help but love him. The fact that the book's protagonist, Nyx, can hold her own against him, definitely helps -- it doesn't feel like she's being victimized. (Even if Ignifex is still a tool.) 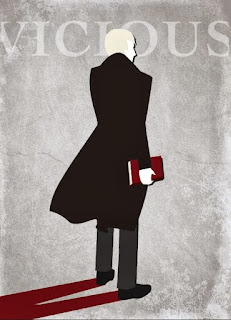 Victor Vale could be the poser boy for "why trust fund babies shouldn't have superpowers." Despite being manipulative, self-centered, ruthless, and vindictive, Victor is easily my favorite character in the book, and you honestly want him to succeed. It helps that, when compared to the book's real villains, he's downright take-home-to-Mama material. 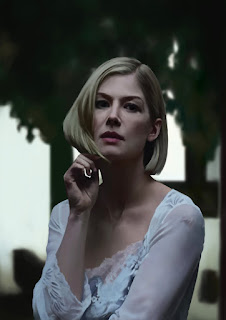 Fun side effect of your book's protagonist being an asshole: you find yourself siding with the villain. At the end of the day, neither Nick or Amy are good, admirable people you should be rooting for, but with her intelligence and charisma, Amy's easily one of my favorite literary villains. (And Rosamund Pike plays her perfectly in the movie.)

1. Erik - The Phantom of the Opera by Gaston Leroux 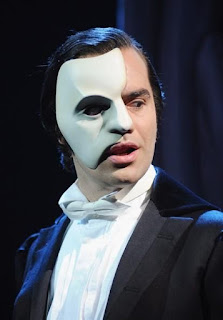 Yeah, yeah, most of my Phantom knowledge and fangirling is from the musical. But it was a book first, and he's problematic as hell in both, so screw you, I'm counting it. Erik is a manipulative, jealous, petty, childish stalker... and one of my favorite fictional characters of all time. He's not a good person, but he's a compelling character. In fact, that's true of all the characters on this list

Honorable Mentions: J.D. from Heathers (if this were a movie or theatre list, he would be #1 with a bullet), Crowley from Good Omens (I left him off mainly because he fails even at being problematic), The Squip from Be More Chill (again, he's from theatre -- yes, the show was a book first, but in the book, he's not even a villain), Jay Gatsby from The Great Gatsby (MY MISGUIDED IDIOT BOOTLEGGER FAVE), L and Light from Death Note (L is a dickwad, Light did everything wrong, and yet I love them both), Mettaton from Undertale (he's such a prick and I love it), Erin from Kill the Boy Band (my murderous queen), Kaz Brekker from Six of Crows (kind of a given), and the Daemon from The Hearts We Sold (didn't make the cut due to being MARGINALLY less of an ass than Ignifex).


Thank you so much for reading this list. If you liked it and would like to support my work, click on either of the buttons below to donate -- Buy Me a Coffee is a small, one-time donation, but becoming a Patron has several benefits and rewards. Either way, it's a huge help to me. A special thanks to those of you that choose to contribute!

Who are your problematic faves? Tell me about them down in the comments!

Become a Patron!
Posted by Susan Mesler-Evans at 8:34 AM