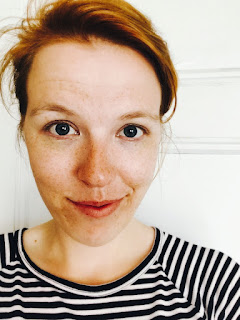 Mackenzi Lee holds a BA in history and an MFA from Simmons College in writing for children and young adults, and her short fiction and nonfiction has appeared in Atlas Obscura, Crixeo, The Friend, and The Newport Review, among others.  Her debut novel, This Monstrous Thing, won the PEN-New England Susan P. Bloom Children’s Book Discovery Award. Her second book, The Gentleman's Guide to Vice and Virtue, a queer spin on the classic adventure novel, was a New York Times bestseller (what is life?), and ABA bestseller, earned five starred reviews, a #1 Indie Next Pick, and won the New England Book Award. She loves Diet Coke, sweater weather, and Star Wars. On a perfect day, she can be found enjoying all three. She currently calls Boston home, where she works as an independent bookstore manager.

Did you always want to be a writer? What made you decide to pursue it as a career?

No! I wanted to be an academic historian when I first started college. What made me change tracts was when one of my professors told me my papers read like novels.

What inspired you to write The Gentleman’s Guide to Vice and Virtue?

Was it difficult to balance historical accuracy with the story you wanted to tell?

Yes, probably the most difficult part of the process. I wanted the book to be readable and relatable for modern readers—particularly those who often feel like historical fiction is dry and depressing—but I also wanted to depict the time period as accurately as possible. It’s always a give and take, and constantly my biggest struggle.

Did the book start life with fantasy elements, or did that come along later in the writing process?

They definitely developed with the story, but I always wanted to have fantasy elements because those are my favorite kind of stories—the historical adventure novel with a light magical touch.

Who’s your favorite character in Gentleman’s Guide and why?

Monty, because his voice is so much fun to write (and his arc was so much fun and such a great challenge—I loved writing someone self-possessed and overly dramatic slowly becoming more self-aware), but also because he and I are a lot alike—especially in our humor. I’m still shocked anyone but me finds this book funny.

The Lady’s Guide to Petticoats and Piracy is coming out in 2018. What made you decide to write a companion to Gentleman’s Guide? Did you always intend to?

I never intended to! It was first proposed to me by my publisher, and I initially turned up my nose because I thought nobody would be interested in a book about Felicity. Turned out—thank goodness—I was very wrong about that. These characters are so much fun and their voices are so fun to write, once the idea was in my head, it was hard to think about anything else. I was just worried about not having a readership! So I’m relieved and thrilled that readers are invested in the characters and excited for more.

Overwhelming. And it gets more so every day! But in a really great way. It adds a whole new level of stress and pressure and voices to the work and the creative process, but the fact that people are reading the things I write will never not be the most amazing thing in the world. It constantly blows my mind.

What’s your favorite part of the writing process? And your least favorite?

Not really? Though every book is different. I always have a general idea of the plot of a book, but I tend to draft in a way that is best comparable to driving at night—I only really know what happens as far as I can see in the beam of my headlights, but I have to keep driving to see more.

If you could have dinner with any three authors in history, who would you choose and why?

An aggressively impossible question. If held at gunpoint and forced to choose, I’d have to say Mary Shelley, Terry Pratchett, and….ack I can’t choose!  This is too hard!

What's your advice for new authors?

Develop a habit of finishing the things you start and following through on projects—the biggest obstacle for most new writers and aspiring novelists is finishing their work. Don’t let yourself get distracted by the shiny new idea! Push through the slogging middle and finish the damn book!


Thank you so much to Mackenzi for agreeing to this interview! As a big fan of Gentleman's Guide, I was thrilled for the opportunity.

If you liked this interview and would like to support my work, and hopefully see more author interviews in the future. click on either of the buttons below to donate -- Buy Me a Coffee is a small, one-time donation, but becoming a Patron has several benefits and rewards. Either way, it's a huge help to me. A special thanks to those of you that choose to contribute!

Become a Patron!
Posted by Susan Mesler-Evans at 2:20 PM