Top 10 Reasons I Give Up on Books

Some people finish every book they start. Or at least claim to.

Look, I do my absolute best to give every book a fair shot. But sometimes, I just can't get through it, no matter how hard I try. These are ten things that make me 90% more likely to give up on a book.

This has to be one of the most annoying things that keeps happening to me when I try to find something to read. The back cover of a book promises me one plot, but then when I read it, I get a completely different one instead. I put this one at the lowest end of the list, because it's not a guaranteed DNF, If the book is still well-written and engaging, I'll probably get over it and finish it. But if the book's actual plot is a disappointment compared to the one given on the back cover, and it doesn't interest me, I'm almost guaranteed to quit.


9. Lots of spelling or grammar errors.

This is a problem that applies mainly to indie publishing, but I see things slip through the cracks with traditionally published books, too. I can understand a handful of grammar errors getting past the editor, maybe even a misspelled word every now and again, but if I'm catching an error in every single chapter, we have a problem. I understand that indie publishing is hard work, and the authors may not have the money to pay for a professional editor, but I still need to be able to follow what's going on, without being constantly distracted by errors. 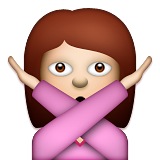 Okay, look, sometimes I like romance, and I've read some really well-written ones. And, if a book is specifically advertised as a romance, then, yeah, of course I'm not going to get mad when there's a lot of romantic fluff in it. But far too often, I find myself reading a book that was NOT advertised as a romance, and skimming over the love scenes so I can get back to the actual plot. You know, the thing I picked up the book to read. If a romantic subplot is poorly written, a love triangle, or, horror of all horrors, a poorly written love triangle, I'm much more likely to give up. ESPECIALLY in cases where the subplot overtakes the whole book, to the point where it's more about these two teenagers' relationship than the evil force they're supposed to be battling.

And I love reading about those relationships in fiction!

What I don't love, however, is when those relationships are presented as acceptable or something to be striven for. I'm talking Ana and Christian, Bella and Edward, Patch and Nora -- these are all deeply toxic relationships, but the problem is that they're portrayed as romantic, or even the ideal relationship. This is especially annoying in young adult fiction, since its target audience's worldview is still developing. Believe me, we do not need fiction to be sending the message that it's okay for your significant other to control every aspect of your life or be downright abusive. Certain public figures do that plenty as it is.

This should be fairly self-explanatory. If I can predict exactly what's about to go down in the next three chapters, I'm probably not going to be paying enough attention to finish the book. Next!

I know some people don't mind this as much as I do, but for me, using fifty words when you could've used ten just seems ridiculous, especially outside of NaNoWriMo. It's not so bad if it's just one or two characters that do this, and it's part of their personalities, but when the whole narrative is like this, it can get incredibly tiresome. Flowery and ornate descriptions can be done well, but they usually aren't.

This is related to the problem above, though it's more a layout problem than an actual writing problem. Plain and simple, huge blocks of text are a pain to read, and it's easy to lose your spot or zone out. Line breaks are your friend!

It seems to be a popular trend in YA to make your protagonist as nondescript as possible so the reader can easily project themselves onto them and live their adventures. While I can see the logic, and understand why some people don't mind this, I've never liked it. Relatable characters are great, not to mention necessary, but if a character has no personality of their own, it's hard to really get invested or care about them -- or remember them after the fact. Not to mention, I can withstand a pretty weak plot if I like the characters, but not the other way around. You could have the most unique plot in the world, but if the characters aren't engaging, it's just hard to get into.

I usually try to give the book three chapters to grab me before moving on, since the first chapter is usually devoted to exposition, laying the groundwork, that kind of thing. But one of my major pet peeves is when we're ten chapters in and nothing has really happened yet. My favorite books tend to begin right when the action of the story does, and fill in the details of the world and the characters as we go along. Slow-paced books that are done well are certainly out there, but they're few and far between. Most of the time, I just find myself asking, "Oh my God, are we there yet?"

This is definitely the #1 reason I give up on books, TV shows, and all sorts of media. I am all for morally grey characters, characters with an edge to them, characters who do bad things. But if there is nothing to like about them -- and I mean nothing... then, what's the point? This doesn't necessarily mean I want all my characters to be GOOD people. Take, for instance, the two major players of "Gone Girl," both of whom are deeply, deeply flawed. Some may even call one or both of them evil, and not be entirely wrong. But I still enjoy reading about them because they're both clever, highly motivated, and engaging, with deeply interesting personalities. I may not like them as people, but I still like them as characters. Characters that are not only awful people, but are also completely repulsive and, in worst-case scenarios, uninteresting, simply fail to hold my interest.

Thank you so much for reading! What are some reasons you give up on books? Or are you the sort that finishes every book, no matter what? Tell me in the comments below!

If you want to support me on Patreon, my page is HERE.
Posted by Susan Mesler-Evans at 6:17 PM